Happy #IndependenceDay to our American cousins! We may have burnt the White House down (Sorry) and you may not like our tea (Unforgivable), but blood is thicker than water – we are unbreakable 👯‍♂️ @USArmy @USArmyEurope @BritishArmyUSA #SpecialRelationship #GlobalBritain pic.twitter.com/PQSNCFrcqY

…Betsy Ross was a great American who worked hard her entire life until she went blind, pulled herself up though being widowed three times, and did her best to live life during the most tumultuous time in our nation’s history. She was a true American unsung heroine. …

The story of Betsy’s life is as intriguing as any in those days of insults and injury to a people who knew they could govern themselves and had to take a stand against the British. In 1774, Americans decried the Intolerable Acts instituted by Great Britain and boycotted British goods, while assembling militias and a network of resistance to the British oppressors.

In 1776, at the age of 24, Betsy became a widow when John was killed while serving in the local militia. In May or June, General George Washington, George Ross, and Robert Morris, known by Betsy to be a secret committee of Congress, the Committee of Three, met with the newly widowed Betsy and commissioned her to make the new American flag.

Betsy later married Joseph Ashburn, a sea captain whose ship was seized by the Brits, and he would die in a British prison. The couple had two girls. A fellow prisoner and family friend, John Claypoole, became Betsy’s third and final husband, whom she married at 31 years of age. They had five more daughters.

All the while, Betsy kept her upholstery business going. She was an entrepreneur, a skilled tradeswoman, and a strong American woman who nurtured her family, not unlike millions of Americans now.

Betsy’s eyesight failed in her later years, perhaps due to the arduousness of sewing by hand her entire life in poor light. She was completely blind for the final three years of her life and died at the age of 84 in 1836. 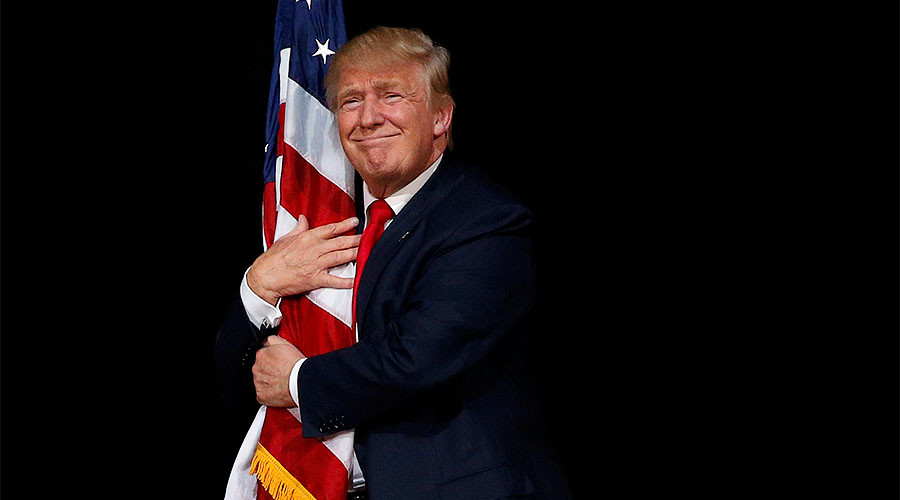 TUCSON, Ariz. — It’s nicknamed the Boneyard. It sits on 2,600 acres of desert land, with more than 3,000 military aircraft on the Air Force’s Davis-Monthan Base. It’s more than a retirement home for planes from all five branches of the military, NASA, and the U.S. Forest Service. It’s a sort of memorial with multiple uses. Many of the planes are scrapped for parts and some completely refurbished.

The 309th Aerospace Maintenance and Regeneration Group (AMARG) is the only place in the country authorized to store military-grade planes.

“We’re looked at as a national air power reservoir…How do you make sure that what you’re keeping there is what’s of value to the service,” said Col. Jennifer Barnard, commander of the 309th AMARG. “So, there’s a really rigorous process by which it’s determined the assets should be stored here and what needs to come out of here, as well.”

I don’t want this blog to become political, but this is a case of such unfairness, I thought it worth a closer look. As reported by Amanda Prestiagiacomo in the Daily Wire back on Feb 5:

A 23-year-old model who’s appeared in the likes of Maxim magazine finally came forward this month to express her support for President Donald Trump. Elizabeth Pipko, who worked full-time on the president’s 2016 campaign, said she was tired of hiding her support, even if it meant she was risking future modeling jobs.…

END_OF_DOCUMENT_TOKEN_TO_BE_REPLACED

Alberta as our 51st state is not as far-fetched as it sounds at first blush.…

In two significant ways, Alberta is unlike the rest of Canada.  First, Alberta is energy-rich.  Thanks to a several-decade-old energy boom, Alberta has a high per capita income.  This results in the central government in Ottawa sucking taxes out of Alberta.…

To make matters worse, neighboring provinces have blocked landlocked Alberta from building pipelines for its oil and gas.…

But what a terrible map this would make!

END_OF_DOCUMENT_TOKEN_TO_BE_REPLACED

Since 2001, The Presidential Prayer Team has been the source thousands of Americans have turned to for encouragement and inspiration to pray for America’s leaders.

We are a national ministry dedicated to a focused mission of encouraging, inspiring and praying for our president and national and military leaders. We also seek to be a catalyst in the development of a robust prayer lifestyle, by providing tools to encourage prayer – through email, web, mobile phones and other communication tools. Ultimately, we believe that prayer will transform our nation, one heart at a time.

We believe that Almighty God rules over the affairs of men and moves in response to the prayers of His people.  So, with unflinching devotion, members of The Presidential Prayer Team are working every day to raise the shield of prayer over our president and national leaders.

Ever since I was a kid, I’ve been thrilled when I see people becoming citizens, and while a creep or two may sneak through, most of what I’ve ever seen or read has been that they are many times more devoted to America than some who’ve had the great privilege of having been born citizens.

Zuyu Nu took the oath of citizenship at the Statue of Liberty. 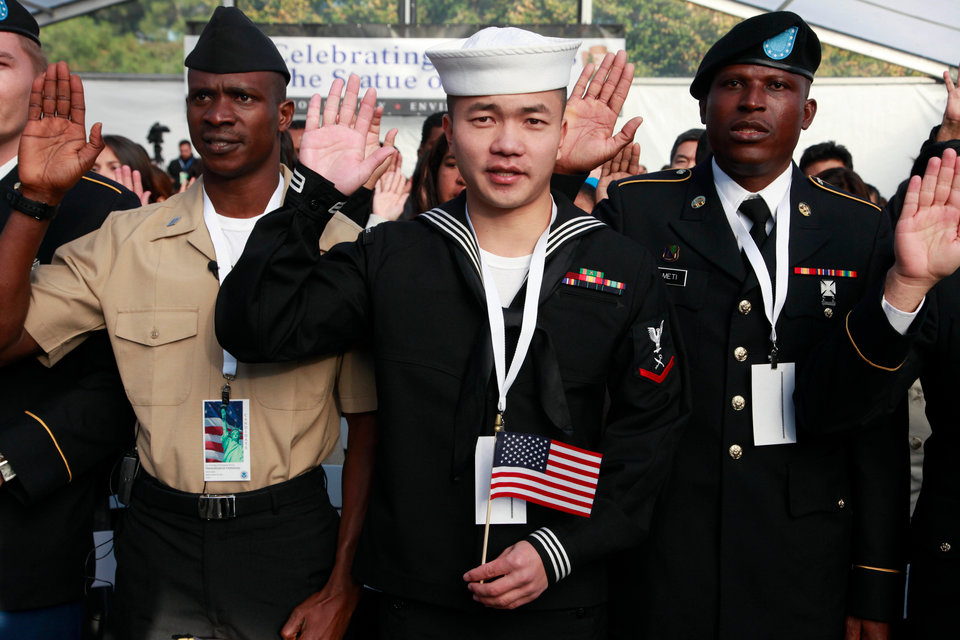 He was serving with the US Navy. AP

New citizens of the military smiled as they waited to take their oath of citizenship.