h/t Kindltot on A♠

These rare color views of the capital (then known as Constantinople) of the Ottoman Empire at the close of the 19th century were produced using the Photochrom process. The technique applies layers of artificial color to a black and white image with surprisingly realistic results.

A great variety of landscapes, cityscapes, and street life. 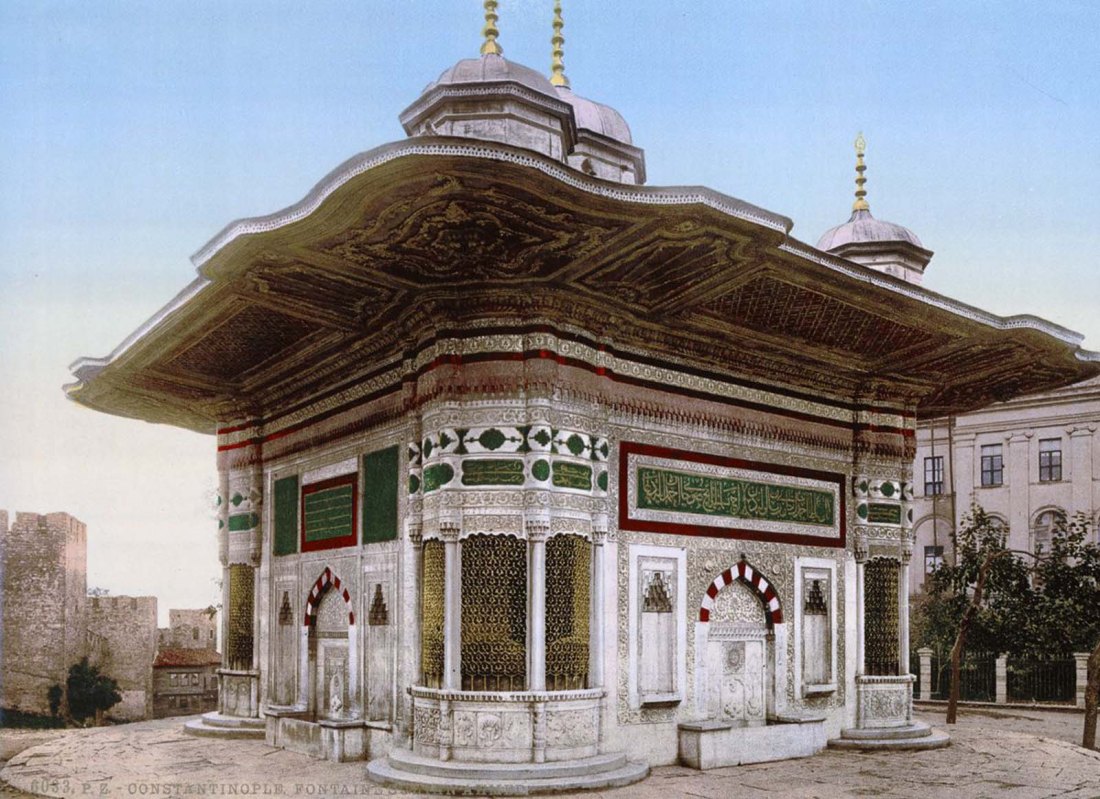 They Might Be Giants — Istanbul (Not Constantinople) [2:35]
featuring WB Tiny Toons cartoon

I have been neglecting this blog for too long.

I hope this pic starts to make up for it. 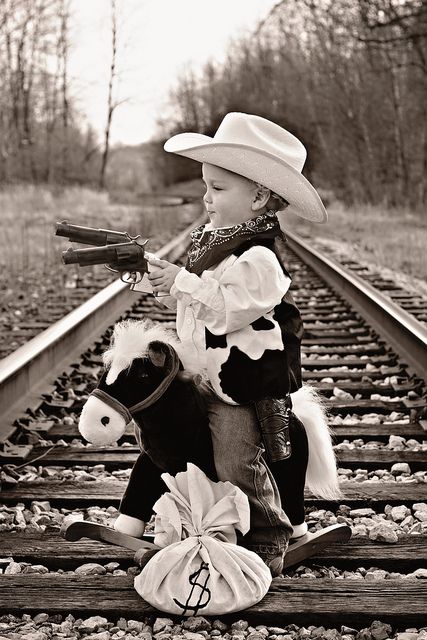 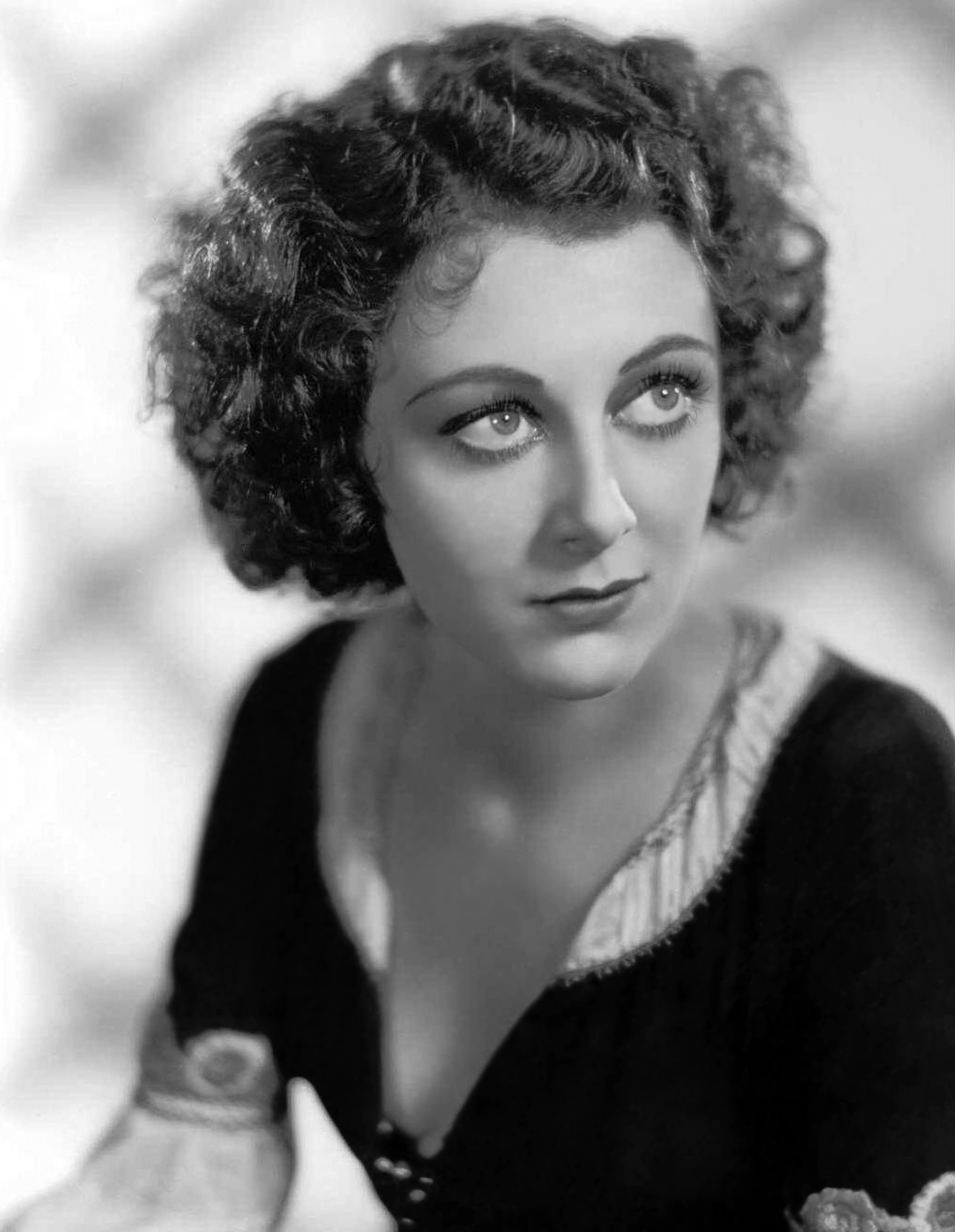 END_OF_DOCUMENT_TOKEN_TO_BE_REPLACED

What is it about old photographs of ventriloquist dummies that make them a little off-putting, and often downright scary? 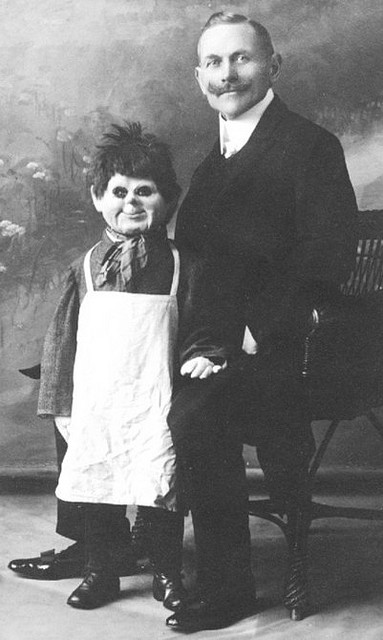 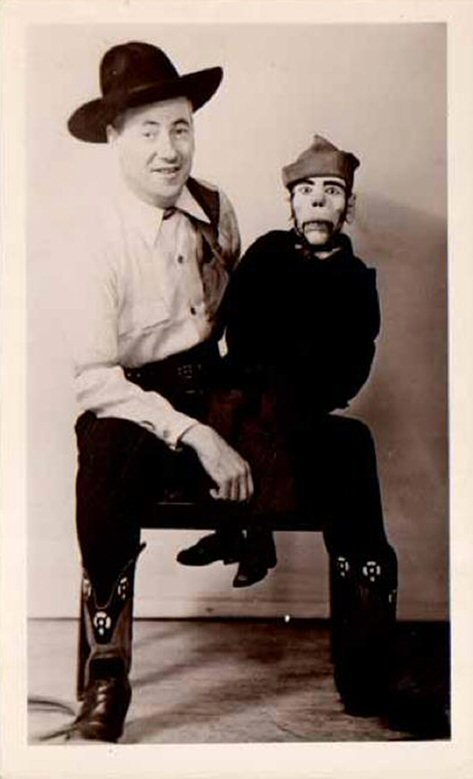 Which is scarier here, the ventriliquist or the dummy? 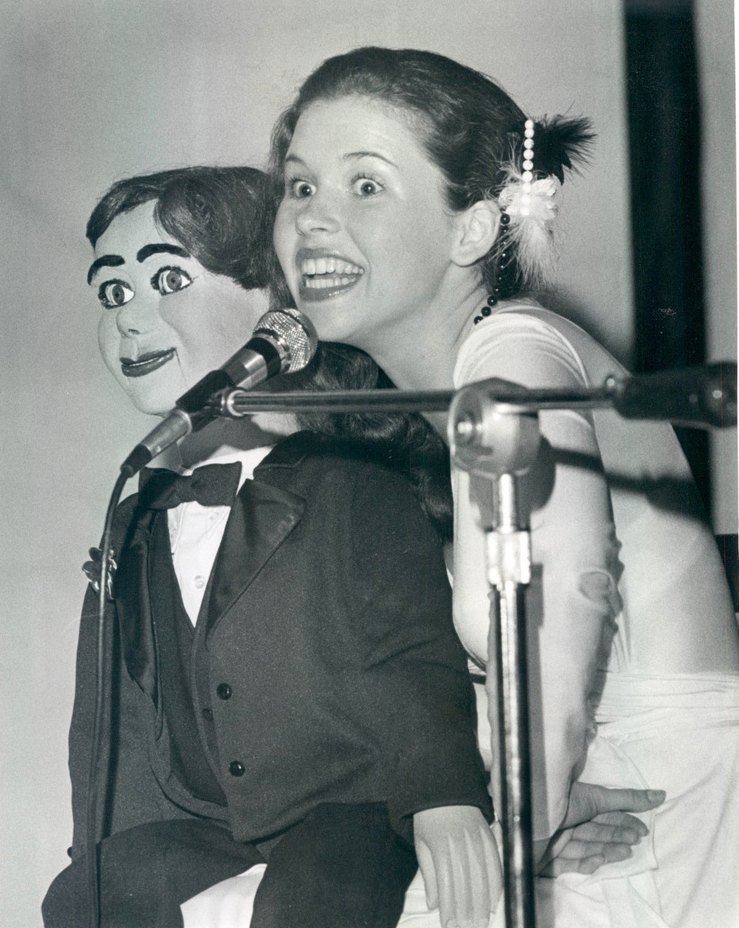 Back in the wacky years

The article is sprinkled with hilarious apostrophe abuses (note headline).

Writing on the societys website, he said: ‘Fewer organisations and individuals are now caring about the correct use of the apostrophe in the English language.

How to use pic: mightyredpen.files.wordpress.com

Selections from Bluebird of Bitterness:

Skip on A♠ – On days of mark I post pictures of historical events, used a Pearl harbor picture today

At 7:58 AM, the Ford Island command center finally sent a radio alert: “AIR RAID PEARL HARBOR. THIS IS NOT DRILL.” Upon reaching Pearl Harbor, the Japanese torpedo bombers skillfully maneuvered themselves into the harbor in groups of twos and threes in a sudden and forceful attack lasting only minutes. In another hour, a second fleet of 167 additional Japanese aircraft bombarded the site.

American residents who watched the attack from afar observed in horror as the screams of men on the sunken battleships ripped through the air, smoke rose from the sea, and the injured and dead swam in bloody waters slick with burning oil. When the effects of the attack subsided, the grim casualties became known: 2,403 American civilians and military personnel had been killed, and 1,178 wounded. Two battleships and 188 aircraft were destroyed.

Pogo and Walt Kelly at okeswamp.com

I had never given though to Pogo on a Pogo Stick, and yet 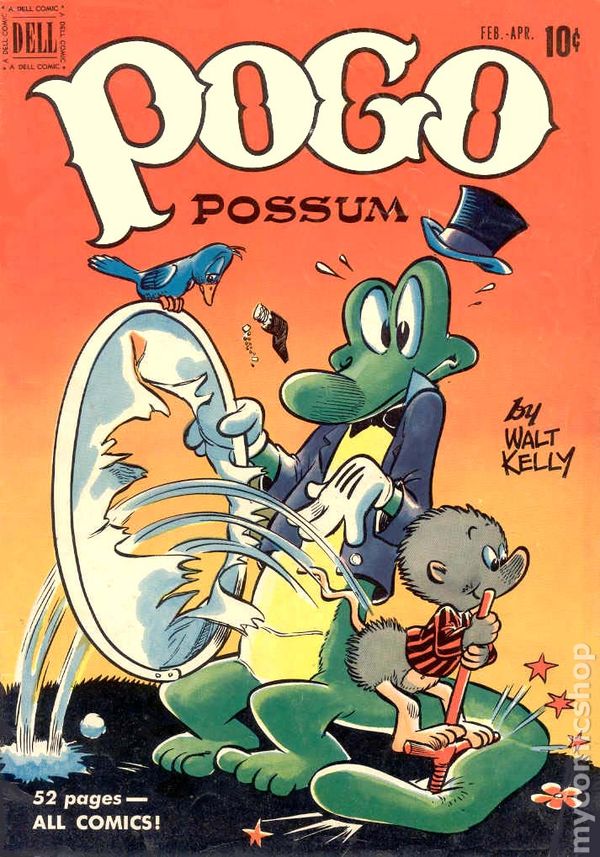 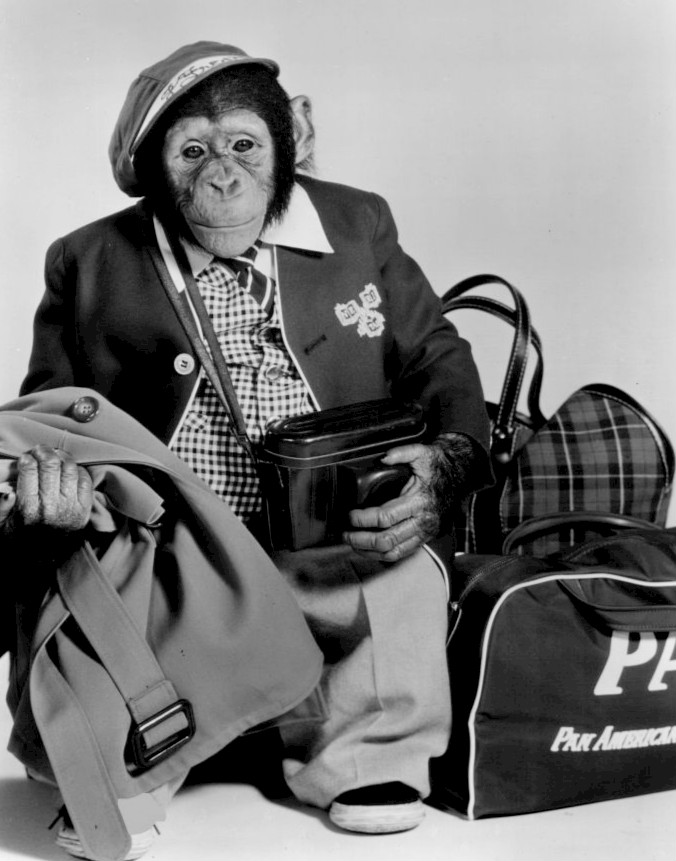 Wikipedia: J. Fred Muggs (born March 14, 1952) is a chimpanzee born in the African colony of French Cameroon that forms part of modern day Cameroon. Brought to New York City before his first birthday, he was bought by two former NBC pages and eventually appeared on a host of television shows on that network including NBC’s Today Show where he served as mascot from 1953 to 1957. Muggs worked in several television shows including a short-lived eponymous series, toured the world and worked at Busch Gardens in Tampa, Florida. He officially retired at age 23. As of January 2012, Muggs was still alive. Chimpanzees have been known to live up to 70 years, though 50 is more commonly the animal’s lifespan. 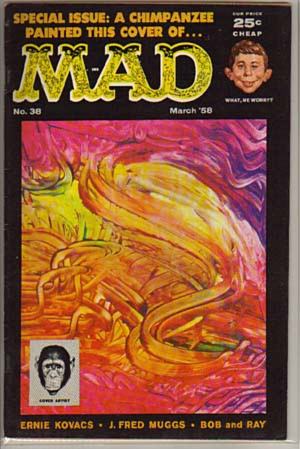 …mastered more than 500 words, and had a wardrobe of 450 outfits. He “read” the day’s newspapers, imitated Popeye and played the piano with Steve Allen.

Look at his eyes and then caption this!

…briefly starred in The J. Fred Muggs Show. He then worked at Busch Gardens in Tampa, Florida, and appeared on Good Morning America (on the ABC) to celebrate his 23rd birthday, before retiring. 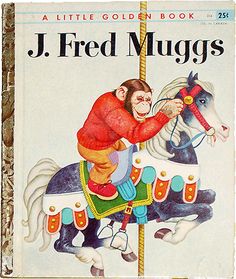 IMDb: …Living in retirement in the Tampa Bay, Florida area. Famous friends such as Liza Minnelli often come to call. [2004] 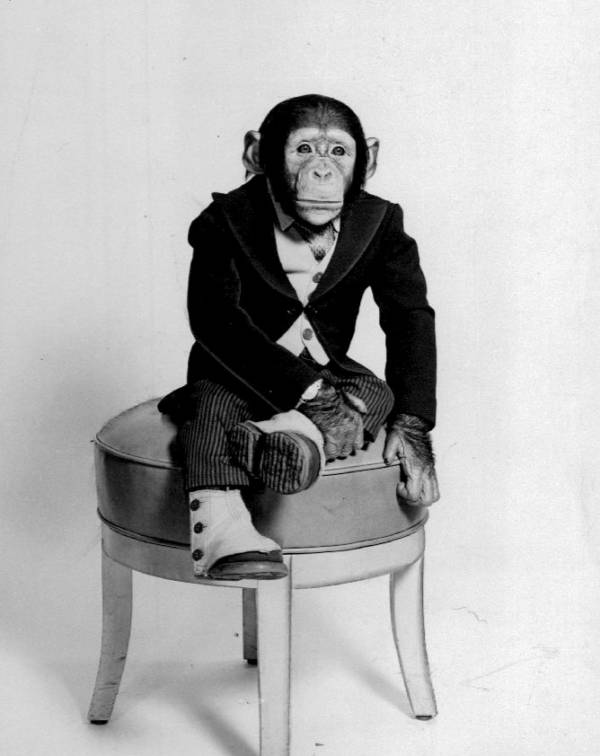