Okay, I’ve really been neglectful about this blog. You see, technical excuse, real-life excuse, other technical excuse, here’s a cute pic thanks to chrissy at PoliNation. More other people’s stuff soon. Really. Unless excuses.

Cosmos – What shape are photons?

I’ve been neglecting my good old Other People’s Stuff blog a bit lately. Not as much as I’ve been neglecting my good old main original Mindful Webworks website, though. Keeping up with Other People’s Videos has proved to be more consuming than anticipated, as well as plenty of Summertime off-line distractions. Well, I’ll try to get back to Something Every Day. Starting today, with some pictures of the President’s daughter by Marla Maples.

More pix at Full Redneck (of course).
All photos are sourced from Tiffany Trump’s Instagram.

h/t Weird Dave on A♠

Just wanted to feature this excellent photo of Americana.

We can read the news and it can be very depressing to think of all the terrible things in the world, but, when you look around, you realize – everyday millions of people of all different types get up, live their lives, come home and are peaceful people enjoying life, liberty, and their own pursuit of happiness!

Find more fine pictures and words in “Scenes from the Road,” at the log of Autodidact.

Featured repost from chrissy on PoliNation – great info; thanks, chrissy!

BLESSED ARE THE MEEK: It doesn’t mean what you think it does – The dictionary says “meek” now means:

That is NOT what Jesus was recommending to us. The Greek word that unfortunately gets translated as “meek” is “praus” (pronounced prah-oos).

According to the article linked below, praus was a military term referring to the temperament of a stallion who has been trained for war.

Such an animal learned so much discipline that it would respond instantly to its rider’s command, while still retaining its great spirit, courage and power. It galloped fearlessly into battle, yet amidst the noise, clashes, blood, and screams, it remained so tuned into its rider that it responded to a nudge or word to gallop ahead or stop on a dime, rear and strike out at an attacker or leap nimbly over a fallen comrade. Such horses were said to be “meeked.”

War horses are rare nowadays, but perhaps we can gain some appreciation for what Jesus meant by “Blessed are the meek” by studying police horses and K-9 officers and imagining ourselves as the animal with the Holy Spirit as our rider or handler. 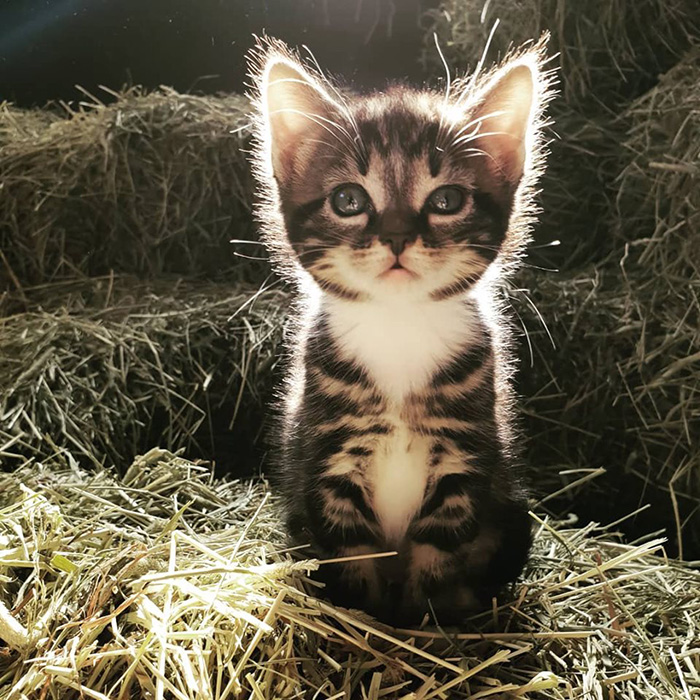 The Saturday Pet Thread on Ace♠ is still good reading, but the commenters have moved on. (Don’t comment on old threads on Ace. How old? They don’t say.)

Just for fun, here’s a Mindful Webwork, not other people’s:

Opened Your Mail For You

And I pushed the check under the file cabinet for safekeeping.

Barn cat: “One of 8 kittens that live in our barn!” ~u/Snookagard
c/o Sunny Skyz
h/t Fenelon Spoke on A♠

Yarn cat: 39 Signs You Might Be A Crazy Cat Lady 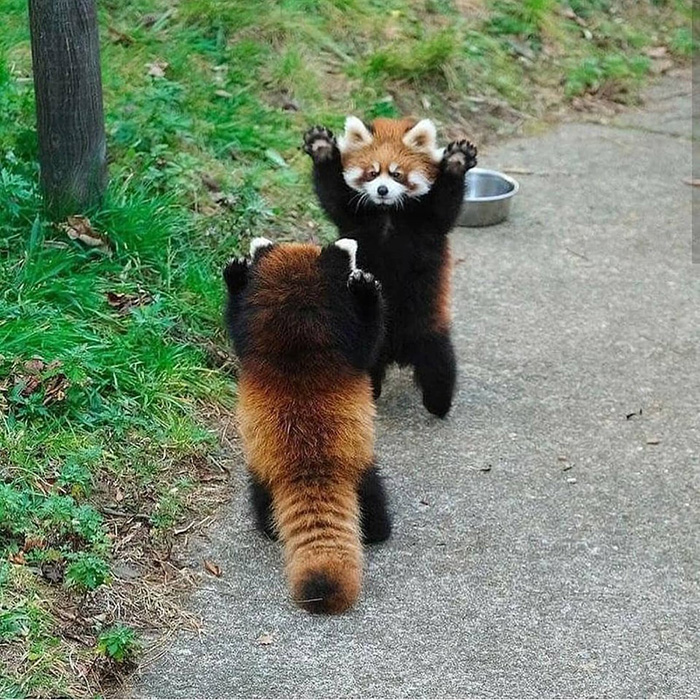