In interviews, observations, and ceremonies dating back more than a century, the indigenous peoples of Australia’s Northern Territory maintain that a collective group of birds they call “firehawks” can control fire by carrying burning sticks to new locations in their beaks or talons.

The idea is that these birds of prey use fires to help find food—making easy meals out of insects and other small animals trying to flee the blaze. 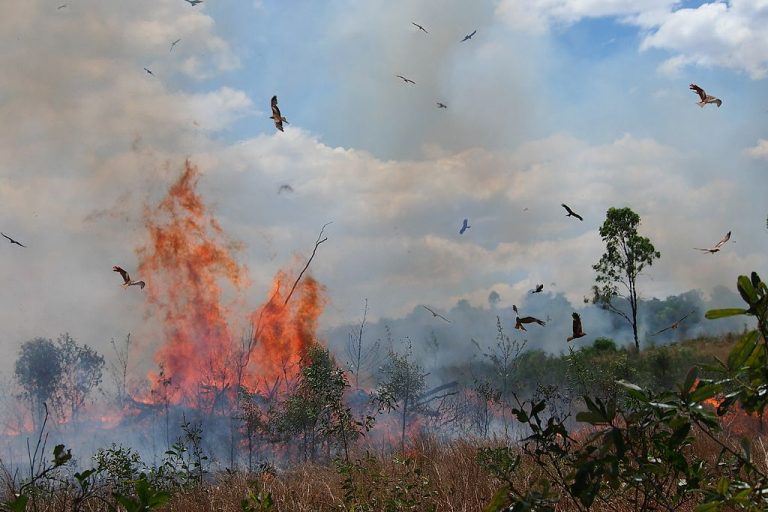 “Black kites and brown falcons come to these fronts because it is just literally a killing frenzy…It’s a feeding frenzy, because out of these grasslands come small birds, lizards, insects, everything fleeing the front of the fire…”
—australiangeographic.com.au

It’s not like fire is a big problem down in Australia, after all. (!!)

Banner image (really gets lit up right at the end):