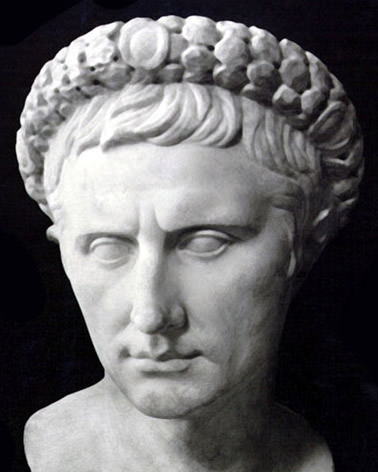 Based on the surrounding material, the ring was presumably deposited towards the latter half of the first century, probably about the period of the first Jewish revolt against Rome in AD 66-71. The broken hoop has a diameter of two-thirds of an inch, while the oval bezel measures one-half inch by one-third inch. The bezel relief features a krater (mixing vessel) as the motif, flanked by inscribed letters “PI” on the left and “LATO” on the right.

As this constitutes an unusual historical name in the Levant, it thus has been attributed to Pontius Pilate, prefect of Judea from AD 26-36 who ordered the crucifixion of Jesus of Nazareth outside Jerusalem, probably in AD 33. While the metal ring may have merely denoted delegation of authority, a limestone dedication monument from the first century discovered in 1961 at Caesarea Maritiana unambiguously identifies Pilate’s status as Prefectus Judaea in a contemporary inscription. After the death of Herod Agrippa I (Acts 12:23, Josephus “Antiquities” 19.350) in AD 44, the title changed to Procurator, erroneously assigned to Pilate by the ancient historian Tacitus in “Annals” 15.44.

A member of the warlike Samnite clan of the Pontii in southern Italy, Pilate was a Roman equestrian who was appointed through Sejanus under Emperor Tiberius as the fifth Roman administrator of Judea. Josephus records in “Antiquities” 18.85-89 that Pilate slew armed Samaritan pilgrims at Mount Gerizim in AD 36.

Although Pilate apparently viewed this religious procession as a potential uprising, a delegation reported the massacre to Vitellius, legate of Syria, resulting in Pilate’s recall to Rome to stand trial for cruelty and oppression. According to Eusebius in “Ecclesiastical History” 2.7, Pilate committed suicide on orders from Emperor Caligula after presumably being exiled to Gaul (in southern France).

33 Then Pilate entered into the judgment hall again, and called Jesus, and said unto him, Art thou the King of the Jews?

34 Jesus answered him, Sayest thou this thing of thyself, or did others tell it thee of me?

35 Pilate answered, Am I a Jew? Thine own nation and the chief priests have delivered thee unto me: what hast thou done?

36 Jesus answered, My kingdom is not of this world: if my kingdom were of this world, then would my servants fight, that I should not be delivered to the Jews: but now is my kingdom not from hence.

37 Pilate therefore said unto him, Art thou a king then? Jesus answered, Thou sayest that I am a king. To this end was I born, and for this cause came I into the world, that I should bear witness unto the truth. Every one that is of the truth heareth my voice.

38 Pilate saith unto him, What is truth? 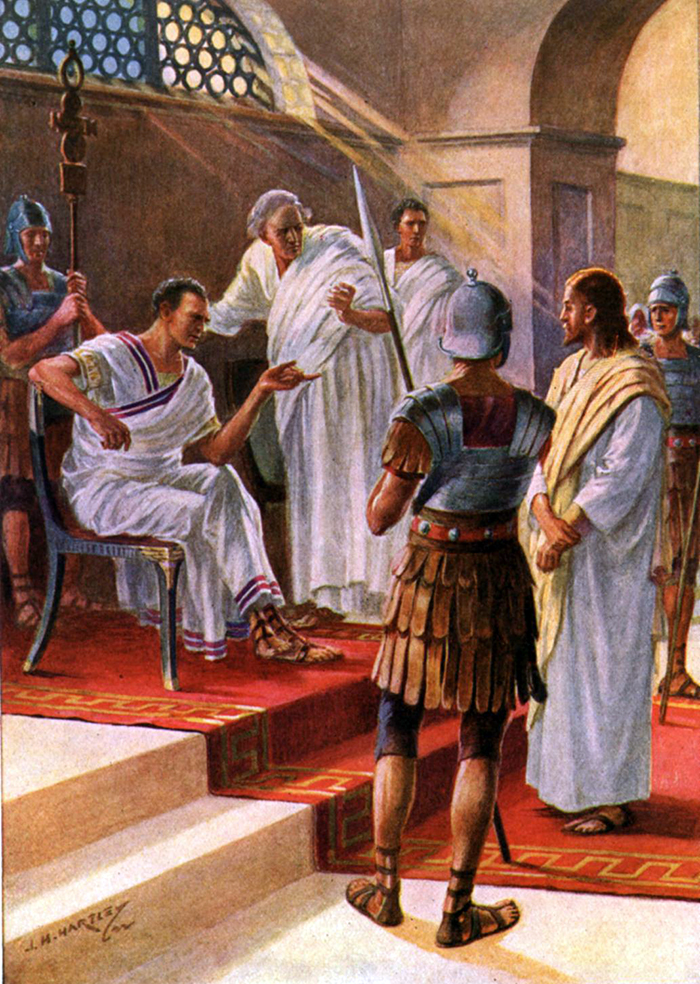 Urantia Paper 185: The Trial Before Pilate:

A worthy Roman governor who had not become disadvantageously involved with the rulers of the Jews would never have permitted these bloodthirsty religious fanatics to bring about the death of a man whom he himself had declared to be innocent of their false charges and without fault. Rome made a great blunder, a far-reaching error in earthly affairs, when she sent the second-rate Pilate to govern Palestine. Tiberius had better have sent to the Jews the best provincial administrator in the empire.