As our Country rapidly grows stronger and smarter, I want to wish all of my friends, supporters, enemies, haters, and even the very dishonest Fake News Media, a Happy and Healthy New Year. 2018 will be a great year for America!

After all, dogs, you know, with a balloon. Right? Right.

[Bartlesville, Oklahoma,] sanitation collectors Nathan Williams and Brandon Lopez… noticed a wooden box in the trash, which contained the urn and remains of a Bartlesville man.

Recognizing the significance of the item and assuming it had been discarded by accident, the two retrieved the box from the trash in hopes of returning it to the appropriate person. …

With a little help from social media, [their supervisor] Craig Gordineer located and contacted the man’s daughter, who lives out of state.

In a letter to City of Bartlesville, the daughter said she cried upon hearing the news that her father’s ashes had been found.…

…he would have given us the Wright Brothers.

Oklahoma’s first commercially built airplane was built in Dewey, making its maiden flight on Christmas Day, 1917, with Billy Parker at the controls. The “Dewey” made its first public flight on New Year’s Day, 1918, with Joe Bartles as the first passenger. As the country entered World War I, Joe Bartles went to Washington, DC to offer land north of Dewey for an airplane factory and flying school. The flight instructors were William Cook and Billy Parker, and the factory closed at the end of the war after building ten planes. Parker’s school closed in 1912 and he began barnstorming across the midwest. He joined Phillips Petroleum in 1926 and later headed their aviation division.

Sweeping up the crumbs from a toast carpet is a thankless task.

Odd as the ad may be, toasters of yesteryear actually could make evenly-browned toast in one try. Haven’t seen one of those in years!

Whimsy Dreamer has a collection of cats, Santa-ized.

“If I were the human that dressed these cats, I’d fear feline retribution to my grave.”

A Pennsylvania woman checked her electric bill earlier this month and found she owed more than $28 billion. … Mark Durbin, a spokesman for Penelec, said a decimal point was probably put in the wrong place. … Horomanski wondered if maybe her family was at fault. “We had put up Christmas lights and I wondered if we had put them up wrong,” she said.

However, she only needed to pay $28K immediately!

The longest active career in entertainment history has come to an end. Rose Marie, Star of Broadway, Film and TV (The Dick Van Dyke Show / The Doris Day Show / Hollywood Squares) has passed at the age of 94.

Born on the day that the Broadway musical “Rose-Marie” opened, Rose Marie had one of entertainment’s longest and most fascinating entertainment careers in history.

She was the last person alive to have had a top selling record prior to WWII.
— Fredlike, AoS

A man searching for his biological father on Ancestry.com ended up finding out that his best friend since middle school was actually his brother. 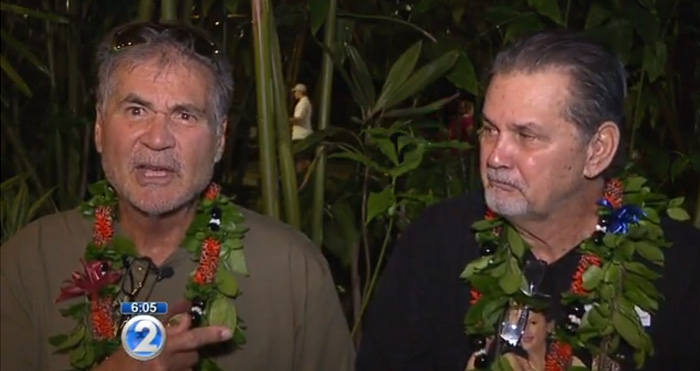